School Refusal Behaviour (SRB) is when a child or adolescent shows reluctance or refusal to remain in class all day or attend school on an ongoing basis (Lyon & Coltern, 2007; Heyne et al., 2019; & Sewell, 2008). Caregivers are aware that their child is staying home from school over a prolonged period of time.  SRB is seen in children and adolescents aged between 5 and 17 (Kearney, Cook, & Chapman, 2007).

School refusal behaviour as a part of normal development

Most children have occasional days when they do not want to go to school because they’re worried about something, such as a test, participating in a swimming carnival or seeing a peer they had an argument with the previous day. When this happens, families can help their child by talking through the issues, encouraging them or letting them have a rare day off school. Usually, this reluctance or refusal to go to school fades.

However, some children show a repetitive and persistent pattern of reluctance or refusal to attend school. When SRB is prolonged and ongoing, it becomes ingrained in the child.  Setzer and Salhauer (2001) use the following descriptors to identify the severity and the chronicity of the various types of SRB:

For the family, the resulting cumulative stress from supporting a child with SRB can lead to familial conflict, disrupted routines, increased financial expense and increased potential for poor supervision or child maltreatment (Kearney, 2001).

For the school, SRB presents a challenge and causes frustration. Therefore, it is vital that SRB is addressed as early as possible and that home and school work together to support the child.

Positive  Support (PBS) focuses on evidence-based strategies and person-centred supports that address the needs of the individual and the underschool refusal questioning causes of s of concern, to enhance the quality of life for both the individual and those that support them.

PBS recognises that there is no single cause for SRB . It is a complex that is a product of the interaction between multiple factors contributing to its development and persistence.

SRB is like the tip of the iceberg so it is essential to look beneath the surface to work out the why before we can address the problem. Behaviour Help resources are at hand. 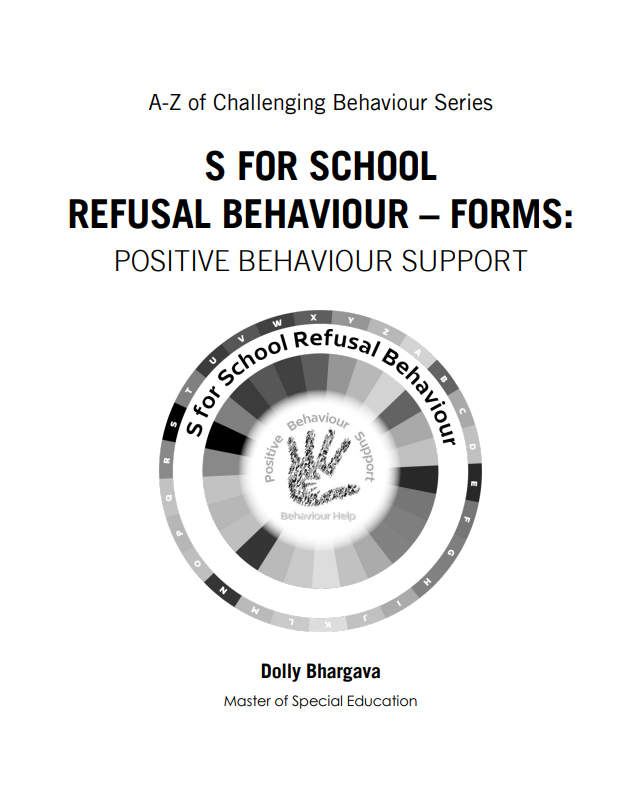 The forms contained in this pdf booklet are from the S for School Refusal: Positive Behaviour Support guide that can be used as part of the process of developing a PBS plan.

Use the practical tools (checklists, forms, and strategies) in S for School Refusal: Positive Behaviour Support book to develop comprehensive PBS plans that can be used to support children of all ages consistently in all settings.